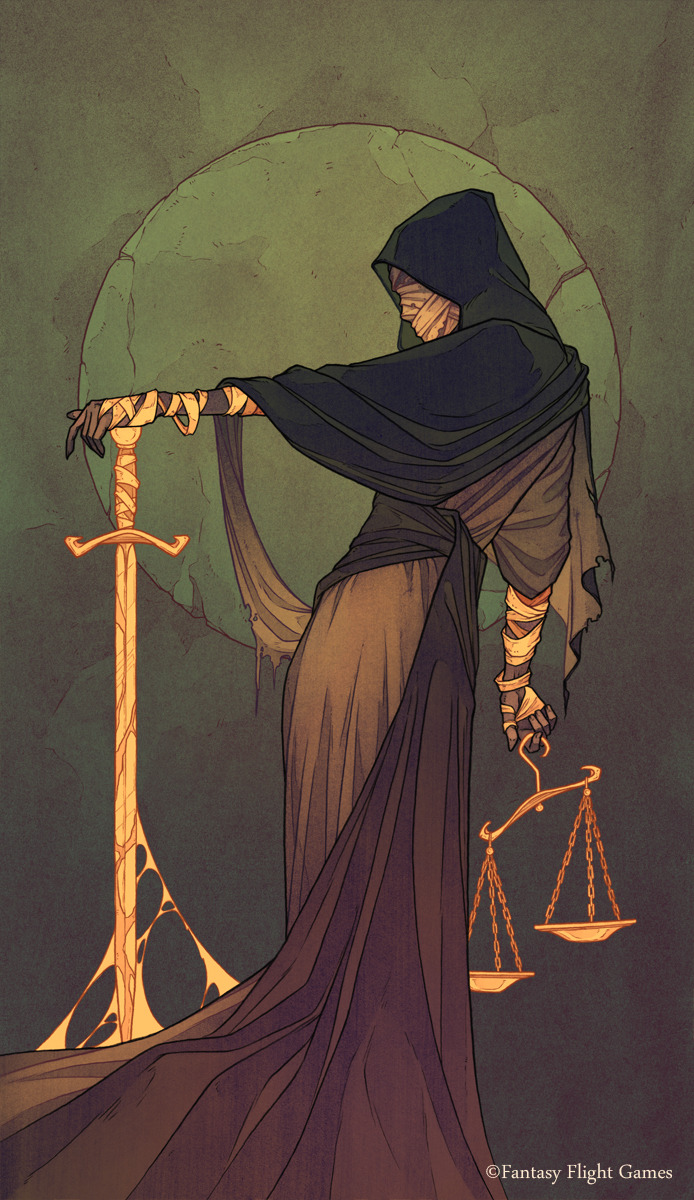 In ancient days, the people would kill and steal to provide for themselves. But when the Hero Goddess Leonis advised rulers to execute the warmongers of the past, humans would taste retribution for the first time. This retribution would be Malachi, whose cool manner would bring the Beltrusians order.

Malachi would follow behind Leonis, teaching each tribe how to govern themselves. Malachi would show kings and queens how to establish laws and enforce them so everyone may live quietly. Even more, Malachi taught rulers how to reward and punish their subjects. Then, like Leonis, Malachi would depart, leaving the rulers with the freedom to determine their paths.

As tribes would become kingdoms, the humans would war over pride and identity rather than basic hunger. Even when the divines would take these conflicts to a cosmic war, Malachi would rarely participate. Rather, Malachi would spite the war itself. Its ceaseless clamor would be much too noisy and chaotic. So, when the war would finally end, Malachi would conceive a covenant between gods and mortals to ensure such a conflict never happens again. Divines and mortals alike would either consent under Malachi’s covenant or be forced to comply.

Malachians have only some consensus regarding Malachi’s appearance because no two accounts describe the god in the exact same way. Yet there are a few common elements in these descriptions. Malachi always appears with their entire body covered and their face wrapped. Some Malachians theorize that Malachi appears with different body shapes, sometimes feminine and sometimes masculine, because the law is impartial to men and women. Malachi is also described as having a cool atmosphere. To those deserving punishment, Malachi is an icy feeling of guilt. Meanwhile, to those deserving retribution, Malachi is a calm, reassuring coolness.

Holy Symbol
Malichians believe that Malachi first authored the current covenant between mortals and divines. So, Malachi’s holy symbol is like a portrait of the cosmos’s status quo. The symbol is a series of overlapping circles symbolizing Beltrass, The Realms of the Dead, and the Aeternalis Pugna.

Malachi believes that anyone worships properly so long as they live quietly in their proper place. And, when it comes to worshiping other gods, Malachi is generally not an exclusive god. Yet Malachi’s tenets almost always oppose chaotic paths.
Those personally dedicated to Malachi are called Malachians. Malachians emphasize that the best reality is one where rewards and punishments are properly meted out. Because this isn't an uncommon sentiment, there are Malachians at all social and economic stratas. They often include rulers, judges, legislators, advisors, enforcers, victims, and the wrongly accused. While the vast majority of Malachians are laymen, some become monks.

The Malachian clergy is highly centralized. While Malichian monks have monasteries in most major continents, the monastic clergy is headquartered in Olrun’s Hkolfnarn Mountains. Malachian monasteries train monks, provide legal services and education, and archive legal documents. It is also said that the highest ranking monks are responsible for making sure that mortals do not break their current covenant with the divines. Meanwhile, the monks’ current long-term project is establishing tighter legal standardization across kingdoms and continents.

Some Malachians monks train to become Justiciars. Justiciars are Malachian monks permitted to seek vengeance on others’ behalf. These Justiciars claim they have a divine right to seek vengeance upon wrongdoers, especially in extrajudicial territories. In some cases, they are legitimized investigators and bounty hunters. In other cases, they are extrajudicial judges and executioners. The role in which a scourge plays depends on the present territory’s legal system and the scourge’s given contract.

As one might expect, contracting a personal avenger is controversial among mortals, especially in kingdoms or territories with overruling legal systems. Therefore, most kingdoms and sovereign nations have laws regulating Scourges. Despite the many controversies surrounding Scourges, most societies seem to respect their legitimacy because of the Malachian church's authority and successful track record.

Sages
The Malachian clergy honors wise, discerning laypeople with the title of ‘Sage’. Sages are people of authority who used their influence to establish lasting, fair rule of law. They are often rulers, advisors, legislators, and judges. Some are even merchants, craftsmen, and peasants who took a stand so that people in their societies may receive what they deserve. Sages are usually remembered as wise, quiet people. The title of sage is only awarded after a person has finished their lifespan.

Malachi’s Mark
Malachians believe that wrongdoers will always get what is coming to them. Likewise, they believe that good works will always receive reward and innocent victims will always find consolation. Those who have not yet gotten what they deserve are marked by Malachi. Malachi watches over these people and ensures they are rewarded or punished whether it be in life or after death. Malachians tell cautionary tales of thieves and murderers meeting cruel fates in their daily lives. They also tell tales of wrongfully convicted criminals showing miraculous signs just before their executions.

Intercession
In many kingdoms, it is customary to pray to Malachi before making important legal or executive decisions. Such situations may include establishing new laws, judging the convicted, and attributing rewards or punishments. Depending on the individual, group, or scenario, prayers to Malachi may be substituted with prayers to Leonis or Veruz.

A Dish Best Served Cold
Malachians and even many non-Malachians believe that while they can trust Malachi to mete out retribution, they are also called to seek personal revenge. This is especially true when any given slight is not covered by a ruling justice system. When someone decides to seek revenge, they often establish a relationship with Malachi before executing their plans. This may include praying to Malachi, making a pilgrimage to a Malachian monastery, or contracting a Justiciar. Malachians believe that a mortal’s revenge is an act of mercy, for Malachi can be much more severe.
Last edited by a moderator: Jan 1, 2022
Click to expand...