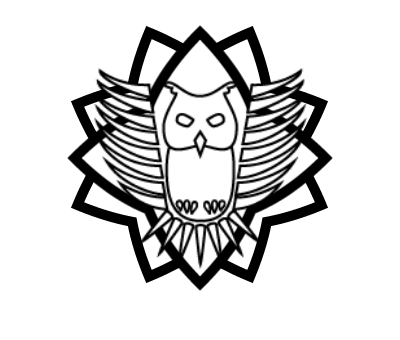 On Breaking The Law (OOC Note)​

When committing a crime In Character, The player in charge of that character consents to the knowledge that if they are caught, apprehended, found guilty, they will be subjected to An RP Lock ranging anywhere from a day to four months of Jail Time.

If a character that is currently in RP-lock Via the law has not been interacted with for more than a Day (24 Hours), A Strike is added to that player's RP Lock. If that player's RP lock reaches 3 Strikes, then their RP lock will be negated and will be forced released by this OOC Rule.

RP Lock Duration changes based on the severity of the crime committed. And will be decided IRP.

A Character within RP-Lock Via the law may request an hour's worth of interaction from others, Via Law Personnel, Or Via Visitation, Accompanied by Law Personnel.

TL;DR - If you’re doing a crime, Don’t get caught. Or you do the time.

The Commandments of the People​

On Breaking The Commandments

Substances Sellable with a License: ((These are the only drugs that are legal to sell.))

All risks must be disclosed. Failure to do so is considered the same as selling the substance illegally.

Each of the licenses stated above is separate from one another and must be purchased from the relevant distributor as listed above.
Licenses Prices

Level 1 License - Level 1 Licenses are entry-level licenses. This license allows their holders to make alchemicals, grow, and distribute up to Schedule 1 Drugs and Substances. Level 1 License also permits the creation and sale of minor artificed goods. These license holders are allowed to perform simple first aid without restriction.

Level 2 License - Level 2 Licenses are intermediate-level licenses. This license allows their holders to make alchemicals, grow, and distribute up to Schedule 2 Drugs and Substances. Level 2 License also permits the creation and sale of artificed weapons, and technology. These license holders are allowed to perform general medical practices and diagnose diseases.

Level 3 License - Level 3 Licenses are advanced-level licenses. This license allows their holders to make alchemicals, grow, and distribute up to Schedule 3 Drugs and Substances. These license holders are allowed to perform advanced medical treatments such as surgeries.

Distribution - Holders of licenses are allowed to distribute alchemical substances at or below their level of license so long as the distributor provides a prescription note for the substances being sold.

On The Topic Of Necromancy​

Due to the events involving Oblivion, Necromancy has been pushed under severe scrutiny by the agreement of the ministers of Ardelle. As such, The Head Arcanist will be managing a new license that allows free citizens or higher to purchase a basic license to practice minor necromancy.

The Head Arcanist may use their own discretion as to whether a person is deserving of a license.

The Head Arcanist cannot give this license to themselves during their running in office.

A Tier 1 License allows Necromancers to Raise creatures from the dead in order to practice their skill for research purposes, up to a medium creature in size.

A Tier 2 License allows Necromancers to Raise and keep creatures from the dead as mounts, pets, or assistants up to a large creature in size. They may never have more than one Undead summoned at a time.

A Tier 3 License Allows Necromancers to Raise and Keep creatures from the dead as mounts, pets, or assistants up to a large creature in size, including one humanoid creature. They can only have two Undeads summoned at a time.

The use of Necromancy on a Humanoid creature without a Tier 3 License is considered a Felony. If a Necromancer is found caught with such, then they will lose their license.

The use of necromancy to raise a personal army equivalent to the size of a small militia or greater is considered high treason against Ardelle, and as such the Necromancer in subject would lose their license as well.

Children (Under the Age Of Adulthood)

Titles and ranks of nobility must be purchased from the Coinmaster