Dreams of the Lunar speckled fawn


Introduction: The desire made

It began with a conversation with her mother Veil, the way she interacted with the world, and how it began. Her story of the massive horrible war which has raged across the land when she had first arrived. Her memories of being captured for trying to stop the necromancer monster by destroying the crystal atop a tower. Her obsessive need to smoke while she had been trapped within a small cold cell. The singular minded desire to have a smoke, her journey through that self seeking that eventually awoke the capability to enact will upon reality.
While Lena greatly questioned her mothers need to rely on inhaling a burning herb she was fascinated on the idea of presenting one's true self to the concept of reality, and reflecting its concepts into existence. She had always know her mother was her hero, but she never realized just how far she had come, even when she described stories of the woman who had birthed Lena, such stories only served to inspire her desire to dream. 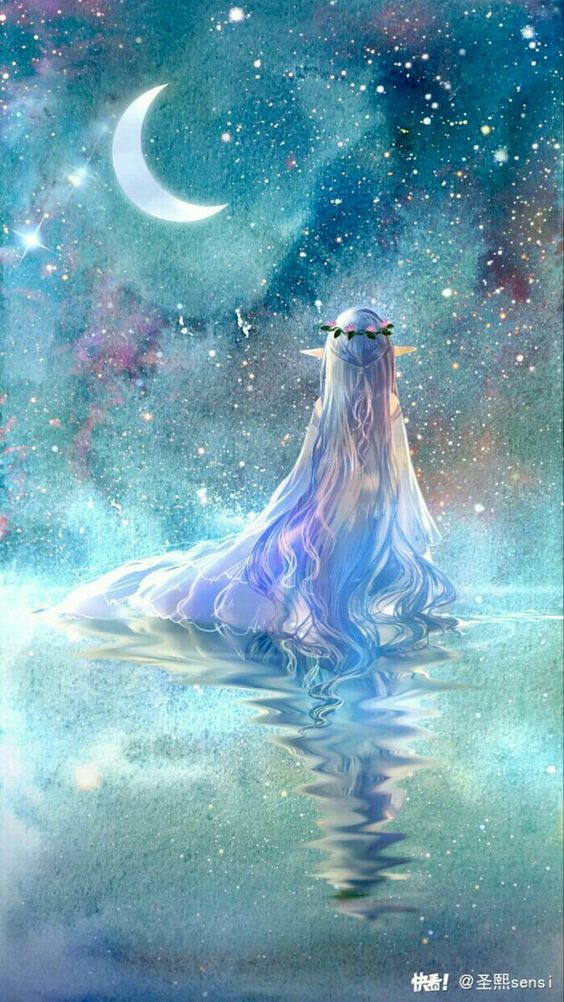 Her first dream began rather blurry, a concept put into practice from the words and lessons given from her mother. Meditation was not a new concept to the fawn, and yet going so deeply into one's own mind was not an easy task, the most simple of distractions could distort the image of the dream, the idea, the desire for reality. Spending a few hours within this single minded visualization was exhausting, and yet having doubts was the rule for failure. She would need to practice keeping herself within the dream, on the verge of sleep, but a pointed focus of the mind, the gentle hold of slumber, combined with the power of vision, if imagination, it would not be easy, and yet her determination held no wavering doubt. Dreamweaving would be the path toward her eventual desire, and she by her mother's name would make it real. 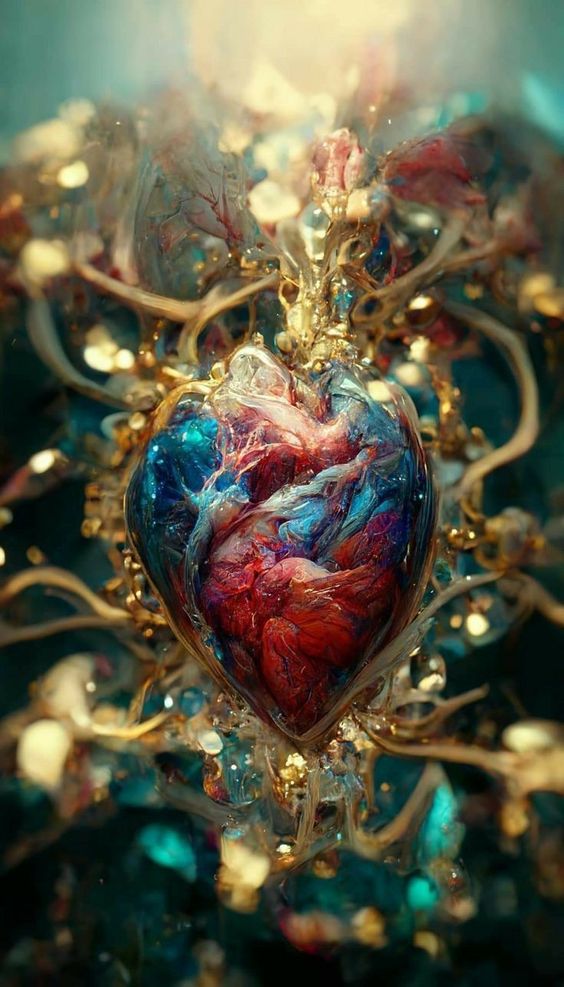 Dream 2: The heart of the Goddess (Tree seed)

After weeks of practice, and concentration the concept of her desire would be slowly taking shape, an innocence which was held by a youthful heart and mind, the desire to heal, and nurture without needing to draw steel or law. The vision began with it's shape, a small thing, capable of being held within the palm of a young girl. It held the very gentle curves of a heart, the edges smoothed as if made of blown glass, the peak of the seed a rounded point, while its other end two rounded hills making the seed no different in size than a pine cone.
From this very basic idea would the dream grow, over a series of months of making a routine, spending one month, then two, then three on developing on making the details more and more vivid. Until she could swear it was real, she could touch, smell, taste, and sense its presence, to doubt that it was not there at all would be to question the sanity of herself, of others. It's source was that of the moon, it would live, and fade away in its light, its purpose is what Lena gave it, dreamed it to be, a hand of life, turning the gentle silver light into the life of mortal make.
The Texture: It felt as smooth as glass, as if made by the hand of a detailed, and dedicated crafts person. If one attempted to scratch, or break it, they would find it stronger than the material it looked like it was created with. Within the shell swirled hundreds of shades of 2 colors, red and blue mimicking the blood of the cosmos. Entire gas clouds which birthed new stars, their veins sending them through its roots and beyond.
The Smell: Though much of its beauty was contained within its soul, its heart, its seed, one could still if held close enough detect the aroma of its existence. A soft undertone of a hardwood, that which was aged and surrounded in moss, decay, life, death, within an endless cycle that elder tree's often adopted into with a layering of its rare flowers, the smell being beautiful and deadly both. A scent which could lure even the most savage of men into that of a gentle slumber. Where meadows moonlight, and the graceful grass swayed in the night breeze. Such a complex scent of a tree not yet taken root, its full beauty not revealed.
The Sound: If one would to tap a nail upon the surface of the seed, its ring would be that of a bell, a chorus of beautiful sound echoing endlessly outward. If one were to drop the seed to the stone earth its cry would sheer one's soul from its wild song. If one would let it take root and grow, the splitting of its shell into the core of its heart would be witnessed by a symphony of joy, of sorrows, of the light it shall forever absorb and reflect back to the world in which it had been given.
The Design: By the will of the mind, the dream of the hand which had created it, the heart of the Goddess would be deemed a source, a fountain of life itself, by absorbing one of the purest energies of creation, moonlight. If allowed to drink in deeply of this liquid moonlight, then its roots shall sprout in the form of glorious golden color. Weaving itself through the earth in which it had been placed, but due to its sensitive energies, a caretaker must be knowledgeable, and present to keep it alive. For it is a creation of a young fawn's dream, that purity in which it was built does not normally exist, making it both beautiful and sad. If the roots and enough time are permitted to remain, its golden glow will eventually fade, taking on the color of the very energy it drinks night after night after night until its wood would turn into that of silver.

Such a complex idea, such a detailed and beautiful thing to believe in, but in so doing, easier to imagine its wondrous addition that would be made to the world if it survived its seedling stage, as so much care would be required for it to do so, but she would make it possible, the dream, the world of creation and concept of her inner self would make it so, her will would make it done. 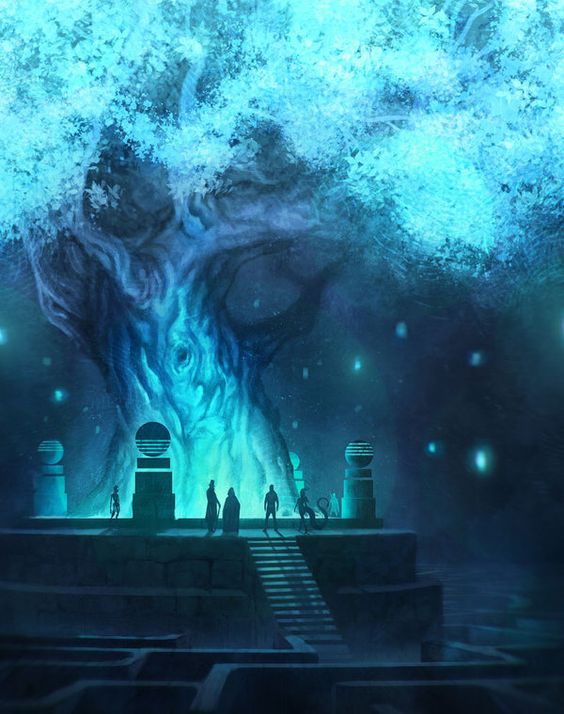 Despite defining the concept of the seed upon her very concept of reality, its purpose, its very idea would be null if there was no future to be given. A tree was not always a seedling, as the same of a child not always remaining nameless. So Lena would dream of its eventuality, what such a beautiful seed might turn into should it be allowed to thrive in such a cruel landscape. When its only food source was the liquid moonlight of the celestial night sky. It needed a dark and somewhat cool place, meaning most locations above ground would never support a Lunar Heartglow. However, special locations under massive rock faces, caves with access to moonlight, or similar places that remained mostly unseen to the world. Given its location, and special features of its glow, it would often need heavy protection, and care. Pools of clear calm water near its roots would be common.

The Wood: The opposite of an ebony, the wood of the heartglow is a pure brilliant silver as if a reflection of the surface of the moon on a clear night sky. It's texture that of a molten river made into a tapestry of purpose. Smooth as glass along its features despite its flame like growth from its roots. Given its nature, its branches beyond the thickest parts of its growth are fragile much like blown glass.
The Leaves: Even beyond the beauty of its wood, its leaves are what Lena considers its most brilliant shimmering concept. The reason being that they were designed off the strange ethereal blue glow of her own horns. As the leaves were the source of what absorbed the lunar light which fed the tree itself, their reflection of that same said light gives its presence away should anyone come across the place of its rooting. Each leaf's shape is unique to its growth, mimicking the cycles of the lunar crescent phases. Their hardness being akin to crystals or gems but light as hollow glass making them brilliant chimes, where even the most gentle of breeze through the branches of the tree will send a cascade of sound into a divination of song.
The Fruit: Resembling that of the seed vs fruit ratio of a peach, the blooming fruit which comes from the flowers of the heartglow. The fruit would resemble that of a blood moon, the most purest of reds making them greatly stand out when sprouted upon the tree's branches. Their unique capability to use the energy of the moons light to grant the consumer of the fruit's flesh the ability to heal wounds or wrongs made. Anything further than that Lena left to inspiration of its design. Given the significance of the fruit's blooming, they would be quiet uncommon if not rare on the tree, and would only sprout on very healthy trees. Their taste would be rich, sweet, and a cool sensation that invoked slumber, as they were created from the dream, and thus returned to the dream, the peace of sleep the best place for healing, or regrowth.
The Flowers: The smell of the soft petaled lilies was imagined to be so gentle of an aroma and presence that they were the very concept of night, of gentle light and darkness. Their outside a pale silver and blue reflecting the light of distant stars, while the inner sides of the flower were the darkness of the night sky, their scent invoking sleep much like eating the flesh of the fruit. While the flowers are sprouted upon the tree they will drip their dew of liquid moonlight, being the reason there is often small ponds or lakes around a healthy heartglow tree.

While the tree itself was not grown and therefor only concept, it was the seed that Lena believed in its truth, willing it to be reality. It was the core, the heart of what made a tree, thus it was her focus until to consider it a falsity, or only legend would tear at the mind and grant only doubt in their words. The time, emotion, and will the young fawn placed into her desire to dream, and weave its memories were genuine, now her hope laid before her feet to see if that will was strong enough to conjure truth.

((OOC: please feel free to msg me should you have any questions, and I hope you enjoyed.~Bloom))